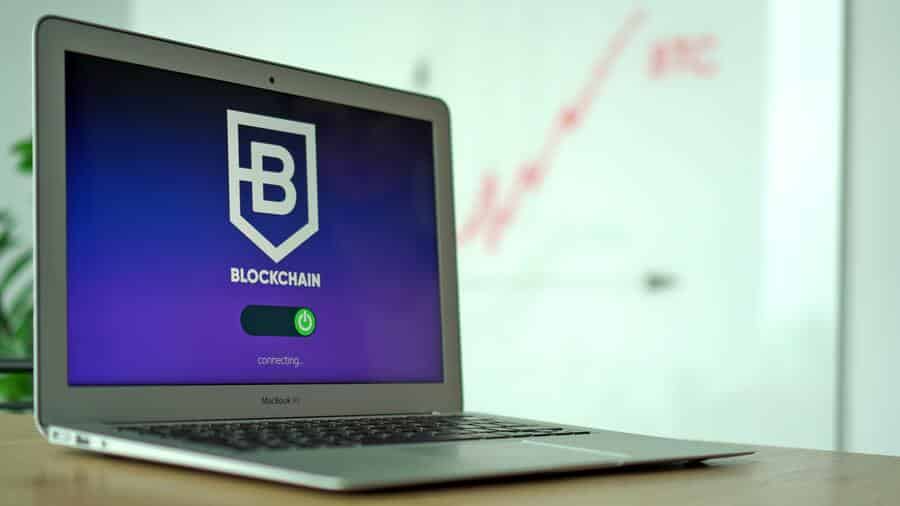 Blockchain technology is a decentralized system, which means that there is no central authority controlling it. Instead, the network is made up of many nodes, or computers, that work together to maintain the integrity of the ledger. This decentralized structure allows for increased transparency and security, as it is extremely difficult for any one entity to manipulate the data stored on the blockchain. Blockchain technology is used for ensuring secured cryptocurrency exchange or trade.

What is Blockchain Technology?

Blockchain technology is a type of distributed ledger technology that enables a network of computers to maintain a continuously growing list of records, called blocks, which are linked and secured using cryptography. Each block typically contains a cryptographic hash of the previous block, a timestamp, and transaction data. Because each block is linked to the one before it and after it, it is very difficult to alter the contents of a block without being detected. This makes blockchain technology well-suited for applications that require a high degree of security and immutability, such as digital currencies, supply chain management, and voting systems. The most well-known implementation of blockchain technology is Bitcoin, a decentralized digital currency.

Another important aspect of blockchain technology is smart contracts, which are self-executing contracts with the terms of the agreement between buyer and seller being directly written into lines of code. Smart contracts allow for the automation of complex processes and can be used for a wide range of applications, such as financial services, supply chain management, and legal agreements.

Suggested: 10 Best Cryptocurrency to Invest in 2023

Blockchain technology was first introduced in 2008 by an individual or group of individuals using the pseudonym “Satoshi Nakamoto” in a white paper titled “Bitcoin: A Peer-to-Peer Electronic Cash System.” In this white paper, the concept of a decentralized digital currency was introduced, which used a blockchain to record and verify transactions.

The true identity of Satoshi Nakamoto remains unknown, and it is possible that the name is a pseudonym used by one person or a group of people. Despite this, the impact of their invention has been significant, and blockchain technology has since been adapted for a wide range of other applications beyond digital currencies.

It’s important to note that the concept of a distributed ledger existed before the release of the Bitcoin white paper, but the combination of several previously invented technologies (cryptography, distributed networks, and consensus algorithms) in the blockchain has made it a new and revolutionary technology.

Suggested: 7 Money Management Tips: How to Manage Money Wisely at 2023

How Does a Blockchain Work?

A blockchain is a digital ledger that is distributed across a network of computers. Each computer, or node, in the network, has a copy of the ledger, and all the nodes work together to maintain the integrity of the ledger. When a new transaction is made, it is grouped with other transactions into a “block.” This block is then broadcast to all the nodes in the network. Each node then independently verifies the transactions in the block to ensure that they are valid. Once a block is verified, it is added to the existing chain of blocks, forming a “blockchain.”

This process is known as “mining” or “consensus,” and it is typically done through the use of complex algorithms that require a large amount of computational power. The nodes that participate in the mining process are often rewarded with a small amount of the cryptocurrency associated with the blockchain.

Once a block is added to the blockchain, it cannot be altered or deleted. This is because each block contains a unique cryptographic hash, which is a digital fingerprint of the block. Changing even one character in the block would change the hash, which would be immediately apparent to other nodes in the network.

Because of this, a blockchain is considered to be highly secure and immutable. This makes it well-suited for applications such as digital currencies and supply chain management, where the integrity of the data is of the utmost importance.

A smart contract is a self-executing contract with the terms of the agreement between buyer and seller being directly written into lines of code. The code and the agreements contained therein exist at a specific address on a blockchain. Smart contracts are often associated with blockchain technology, but they can be implemented on other types of distributed ledgers as well. They can be used to automate a wide range of processes, such as financial services, supply chain management, and legal agreements.

One of the key benefits of smart contracts is that they can help to reduce the need for intermediaries, such as lawyers and banks, by automating the process of verifying and executing a contract. This can help to reduce costs and increase efficiency. Smart contracts are also highly transparent, as all the terms of the contract are written into the code and stored on the blockchain. This makes it easy to see how a contract is being executed and to ensure that all parties are following the terms of the agreement.

However, it’s important to note that while smart contracts can automate processes and bring transparency, they are only as good as the code they are written in, and therefore they can have bugs, errors, or even security issues. Also, the legal status of smart contracts is still evolving and it varies depending on the jurisdiction.

While blockchain technology offers many benefits, it also has some drawbacks:

It’s important to note that these drawbacks are not necessarily deal-breakers, but rather challenges that need to be overcome in order for blockchain technology to reach its full potential. With advancements in technology, scalability and energy consumption are being addressed and the industry is working toward standardization and interoperability. Also, as the technology matures, the regulatory environment is likely to develop further, which will help to create a more stable environment for businesses and investors.

Every cryptocurrency investor should know- What is Blockchain Technology? As Blockchain technology is still in its early stages and its potential uses and impact on different industries are still being explored. However, it has already shown promise in areas such as payments, digital identity, and asset management.