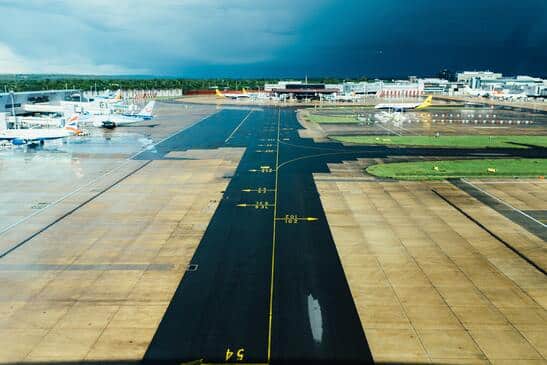 Los Angeles California, commonly known as L.A., is a city located in Southern California. It is the second most populous city in the United States, with a population of over 4 million people, and is the cultural, financial, and commercial center of Southern California. Los Angeles is known for its diverse neighborhoods, Hollywood entertainment industry, and beautiful beaches.

General information regarding the population, Religion, Culture, and Transportation of Los Angeles will be discussed here-

The population of Los Angeles California

As of 2021, the population of Los Angeles, California is estimated to be around 4 million people. It is the second most populous city in the United States, after New York City. The Greater Los Angeles Area, which includes the city and its surrounding suburban areas, has a population of over 18 million people, making it one of the largest metropolitan areas in the world.

Los Angeles is a diverse city with a variety of religious traditions represented. Christianity is the most widely practiced religion in the city, with many different denominations represented, including Roman Catholicism, Protestantism, and Eastern Orthodox Christianity. There is also a large Jewish population in Los Angeles, as well as many followers of Buddhism, Hinduism, and Islam. In addition, there are many people in Los Angeles who do not follow any organized religion or identify as atheists or agnostics.

Los Angeles, California has a Mediterranean climate, which is characterized by mild, wet winters and warm to hot, dry summers. The city’s location on the coast helps to moderate temperatures, so it is generally mild throughout the year. The average high temperature in the warmest month, August, is around 84°F (29°C), while the average low temperature in the coldest month, January, is around 48°F (9°C).

The city receives most of its precipitation during the winter months, with occasional rain showers during the rest of the year. The area is prone to wildfires during the dry and hot summer season. The city also experiences smog and air pollution, which can be a significant health concern, especially for people with respiratory issues.

Los Angeles, California is a large city with a total area of 503.3 square miles (1,302 square kilometers). It is the largest city in California and the second largest in the United States, after New York City. The city is spread out over a wide area and is made up of many different neighborhoods and communities, each with its own unique character and culture. Some of the most well-known neighborhoods in Los Angeles include Hollywood, Beverly Hills, Downtown, and Santa Monica. Los Angeles is also known for its many beaches, including Venice Beach, Malibu Beach, and Hermosa Beach.

Los Angeles, often known as L.A., is a city located in Southern California, in the United States. It is the most populous city in California and the second most populous in the United States, with a population of over 4 million people. Los Angeles is known for its diverse neighborhoods, entertainment industry, and beautiful beaches. It’s also a major center for international trade, business, culture, media, education, and technology.

The city is known for being home to the entertainment industry, specifically the Hollywood district, which is the heart of the American film industry. It’s also home to many famous landmarks, such as the Hollywood Walk of Fame, the Walk of Fame, TCL Chinese Theatre, and the Dolby Theatre. The city is also home to several world-class museums, such as the Getty Center, the Museum of Contemporary Art, and the California Science Center.

Los Angeles is known for its diverse population, with many ethnic neighborhoods like Little Tokyo, Little Ethiopia, and Chinatown. The city has a rich cultural scene, with many theater, dance, music, and festivals throughout the year, such as the Academy Awards, the Emmy Awards, and the Grammy Awards.

Los Angeles is also known for its traffic congestion, which is considered one of the worst in the world, as well as its smog and air pollution. Despite these challenges, the city remains a major destination for tourists and continues to be one of the most important and influential cities in the world.

South Central Los Angeles is a region located in the southern portion of the city of Los Angeles, California. It is made up of several neighborhoods, including Watts, Compton, and Florence-Graham. Historically, South Central has been a predominantly African American and Latino area and has been the site of significant social and economic challenges.

During the mid-20th century, South Central was a thriving center of African American culture and business, with a strong jazz and blues scene, as well as a growing number of Black-owned businesses. However, in the decades that followed, the area experienced significant population loss and economic decline, with many residents moving to the suburbs and businesses shutting down.

In the 1960s and 1970s, South Central was the site of a number of race riots and civil unrest, including the Watts riots in 1965, which resulted in the deaths of 34 people and the destruction of many homes and businesses.

In recent years, South Central has been the focus of redevelopment efforts and community revitalization projects. There have been efforts to improve the quality of life for residents by creating job opportunities, improving public services and infrastructure, and building new housing. However, the area still faces significant challenges, including poverty, unemployment, and crime.

Overall, South Central Los Angeles has a complex and rich history, with a strong cultural heritage and a resilient community. Despite its challenges, the area continues to be an important and vibrant part of the city of Los Angeles.

East Los Angeles, also known as East L.A., is a neighborhood located in the eastern part of the city of Los Angeles, California. It is one of the oldest neighborhoods in the city and has a rich cultural history.

East Los Angeles has a strong sense of community and cultural pride and is known for its vibrant streets the life and community events, such as parades and festivals. The neighborhood is also home to many historic sites and landmarks, such as the East LA Civic Center, the El Mercado Shopping Center, the East LA Walk of Fame, and the East LA Interchange mural.

The area has faced significant economic and social challenges in recent decades, including high rates of poverty, unemployment, and crime. However, there have been efforts to revitalize the area and improve the quality of life for residents. East Los Angeles is an important and culturally rich part of the city of Los Angeles, with a strong sense of community and a rich cultural heritage.

There are several airports located in and around the Los Angeles area, including:

The Government of Los Angeles

Los Angeles also has several other elected officials and government departments, including the city attorney, city controller, and city clerk, as well as departments responsible for public works, transportation, housing, community development, and cultural affairs. Los Angeles is also subject to the laws and regulations of the state of California and the United States government. The city is represented in the United States Congress by several members of the House of Representatives and two Senators.

Overall, the government of Los Angeles is responsible for providing services and infrastructure to the city’s residents and visitors, and for promoting the well-being and safety of the community.

The area has also a smaller Asian population (4%) and a White population of about 7%. The area is known for having a high poverty rate, with approximately 29% of the population living below the poverty line. The unemployment rate is also relatively high, with an estimated 12% of the population unemployed.

The area has a mix of residential and commercial neighborhoods, with a mix of single-family homes, apartments, and townhouses. A significant portion of the population rents their homes, with only about 42% of households being homeowners. South Central LA also has a young population, with a median age of 30 years old. The area has a high population density, with over 30,000 people per square mile.

Overall, South Central Los Angeles is a diverse and densely populated area with a significant African American and Latino population, high poverty and unemployment rates, and a young population.

Los Angeles has a complex transportation infrastructure that includes several options for getting around the city.

One of the main ways people get around Los Angeles is by car. The city is known for its heavy traffic and congestion, making it difficult to get around during peak hours. However, the city does have a well-developed network of freeways and surface streets that make it easy to get around by car.

The city also has a public transportation system, which includes buses and trains. The Los Angeles County Metropolitan Transportation Authority (Metro) operates the city’s bus and rail system, which includes buses, light rail, and heavy rail lines. The metro system covers a large area of the city and connects many of the major destinations, such as downtown, Hollywood, and beach cities.

Overall, Los Angeles has a variety of transportation options that allow people to get around the city, including cars, buses, trains, bikes, and airplanes, however, the city’s traffic congestion can make the commutes longer than expected.

20 Best Cheap Hotels Near Me in New York, USA